Mike Walters’ debut Novel, The Outlaw River Wilde, sprung from an idea while watching Ancient Aliens on the History channel. He intertwines his love of Native American culture and a passion for the Pacific Northwest, primarily his birth state of Oregon. Mike sat down one day and started writing. The characters and story were revealed each and every day he wrote.

“Every session was as if I were reading something new myself
for the first time. It was a blast seeing what would happen next.“

Hi Mike, thank you for participating in my MOMENT TO SHARE interviews section.

Well this could take a long time for sure. I am quickly approaching 50. I was born and raised in Southern Oregon, had a less than picture perfect childhood, escaped to the Air Force in my early twenties and haven’t been back to my hometown for over 20 years. I was shy in school and a good athlete. My shyness kept me from really excelling in a lot of ways. No I was not good at English. I somehow managed to get an A on my report card due to my ability to tell a good story and I knew my vocabulary. My grammar was not a strength. My ambitions for writing? I want to build my reader base into a self-sustaining venture so that I can quit my day job, move to a lake in Sweden with someone I love and write every day. 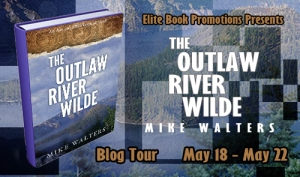 I love Tolstoy and Dostoevsky. I love the romantic and familial aspects in their work. Margaret Atwood’s The Handmaid’s Tale was one of the first pieces of literature I remember reading at a young age that had an impact on me. T.C. Boyle, in particular The Tortilla Curtain, had an impact in telling a story. I love Ayn Rand’s The Fountainhead and Atlas Shrugged. David Sedaris makes me laugh my ass off and Malcom Gladwell is almost impossible to put down. Stephen King particularly The Dead Zone and Christine are favorites. King has such a great ability to simplify characters, story lines and keep me turning the pages. Finally I absolutely love The Martian by Andy Weir for a couple of reason. First the novel has the best opening of any novel I have ever read. Laughed my ass off when I read it. I have the same smart-ass sensibility that Weir does so it was appealing for this. Second, Weir originally self-published proving there is hope out there for us indie authors.

I am not a self-sustaining novelist yet. Yet. So my day to day life is a 9-5 Director of Marketing & Product for a company in Ontario, California that makes library software. It is a good job and we make a product that makes a difference so it is easy to get up and go to work every day. With this being said, I would rather roll out of bed, kiss a loved one, grab a cup of coffee and head to my office and write. Someday soon….. 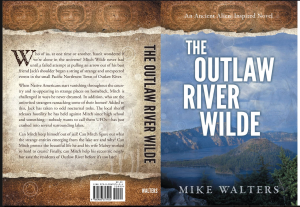 For me it is a loose idea. Then the main character and I start writing and the rest starts to fall into place. One of the things I love so much about writing is the story unfolds as I go. I never really know what will take place until I write. For me it is like reading a novel for the first time. I learn what is going to happen as I go. My creative process gets bogged down when I try to chart it out or choreograph it.

Probably in my early 40s I realized I wanted to be a writer. I was around some creative people and new I could do it. I was told I was a good story-teller at a very young age. The internet and social media has opened up so many new doors for artistic people and self-publishing made it possible for me. I would like to find an agent, and publishing house to do some of the heavy lifting, but I am not going to get consumed by it. As long as I laugh and enjoy what I write I will be satisfied. The rest will at some point take care of itself.

Writing helps me get out some of my pent up creativity. I have also learned that it helps me think more clearly and brings clarity to some of my concerns and issues – – – some big, some small. 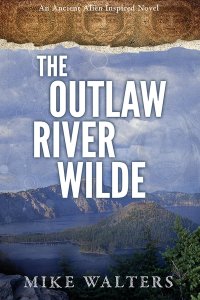 So far I have only published The Outlaw River Wilde. It is book 1 in a 2 or 3 book series based around the main character Mitch Wilde in the Pacific Northwest. I have written other stories throughout my life that I may resurrect at some point and time, but right now I want to get Mitch Wilde’s story out. I am half way through book number 2 in the series, Still Wilde in the Outlaw River. I hope to have it finished later this year.

Mitch Wilde is hopefully a character that everyone can relate to. He is approaching middle age and is very much in love with his wife and life and doesn’t take her or his situation for granted. He has a solid core set of friends. He is good at a lot of things, perhaps not great at any one thing and he is okay with this. He is passionate about photography and brewing his own beer. He is curious by nature and the curiosity will serve him well in the novel.

A number of years ago, like so many people, I started watching Ancient Aliens on the history channel and some ideas started percolating. I decided to sit down one day at my computer and started writing.

Lots and lots of social media. I am working on some press releases and signing events. This I find to be more difficult than writing the novel.

Like anything in life, try and learn from other people’s failures and successes. I have only been published for a month now so it is still very new for me. I have a tremendous amount to learn and figure out. Ask me again in a year. As far as book reviews, I hope that my story and characters are strong enough that people will want to review them. I have a number of copies out write now to review houses and am waiting patiently to see what they say and if it will generate any press. 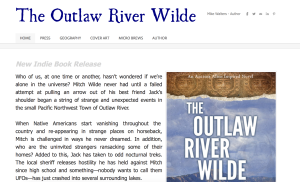 If you love to tell stories and put them down on paper than go for it. Pick something you are passionate about and hopefully know a lot about and just start writing and see where it takes you. I think the most important thing is to not over think the story and just let it take you wherever it wants to go. You can edit later.

10% of all my book sales go to the Westside German Shepherd Rescue in Los Angeles. I volunteer here and take a lot of photos hopefully helping the dogs find their “forever homes”

It was a great privilege for me to get to interview Mike Walters, who has inspired me in many different ways. Thank you Mike!!! Good Luck with everything!